One might say that the times of mind-blowing discoveries and exciting findings has already run out. Each and every mountain peak has been conquered, each and every square meter of land has been wandered around, traced on maps, pictured and written about. But we’d like to remind you about the 95% of ocean that hasn’t been fully studied yet. And for those who are indifferent to Jacques-Yves Cousteau’s fame, there is also good news. Trying new flavors and combinations of spices enhances your brain functioning, while your taste buds discover something new; so let’s go to nostalgic land for some, and terra incognita for the rest – Lithuanian Dark Rye breads.

One spice of all used in bread-baking is in a league of its own – caraway seeds. A relative of carrot, cumin, coriander and dill, with an exceptionally outstanding aroma and flavour –  reminiscent of aniseed, but with more earthy and nutty notes. Mother-nature has not awarded it with a romantic value of cinnamon, gold-weight value of nutmeg, or made it as precious as saffron. Since the beginning of time, caraway seeds have rather been a “simple soldier” in the farmers’ and poor families kitchens. A tiny bit of caraway goes a long way in cooking, and works best with all cabbage dishes, cured meats, some cheeses… And of course there is no rye bread without caraway seeds.

In German folklore, parents placed a dish of caraway seeds beneath their children’s beds to protect them from witches. The belief was that that any object containing caraway could not be stolen. Was it because of the strong smell of the spice? Or because it was considered to have some mystical powers? We are not a tiny bit superstitious, but if we leave a sandwich unattended in the office fridge, be sure it is a rye bread sandwich with caraway seeds! Just in case. 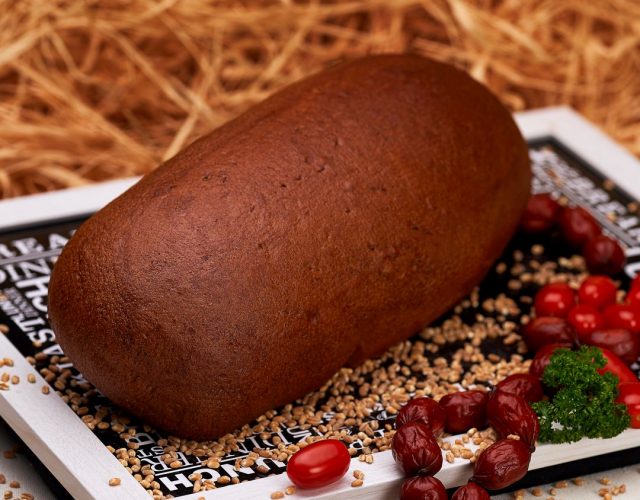 To belong to a family, be a part of a clan means to know your roots, to feel your ties as something that makes you stronger, something you can rely on, something you are lucky to have. A wall that backs you up, a wise man that shares his experience and errors, a young bloke who is quick to fight in your name, or sturdy to help you move a heavy load, and a great auntie with her always perfect apple pie. So we think you just must try our Seimos bread, and see for yourself if there is any difference in a word “family” when a Lithuanian and an Irish says it. Hint – there isn't much. A big loaf of strong dark bread with character, vivid taste and endless possibilities for enjoyment. 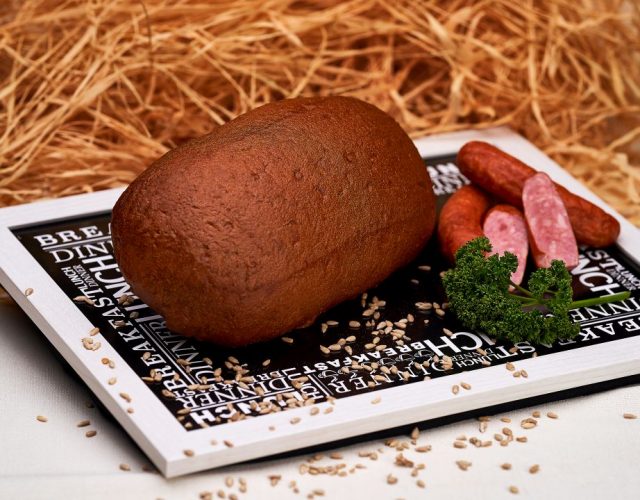 Almost every time rye flour comes on stage, you can expect sunflower seeds to accompany it. Sunflower and caraway seeds playing second fiddle in the taste tonality. In this variety of bread however they are definitely on a bass guitar, making its perfectly harmonious solo, sounding natural and genuine with rye flavor doing jazz piano. 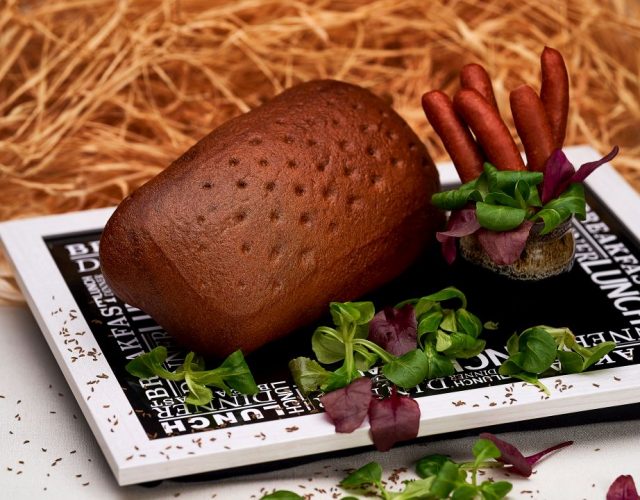 A bread with a charactonym name – an elder, a wise man who can be a spiritual leader. Based upon an antique recipe, that originates in Aukstaitija region. Naturally leavened in order to build an amazing sweet and sour characteristic taste. 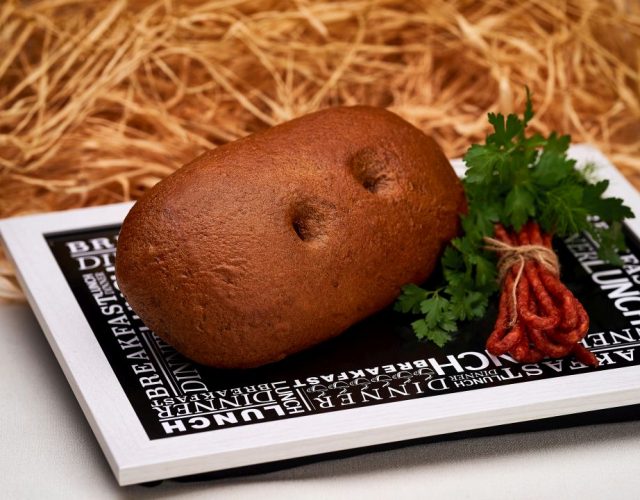 This one is a “ruginiai miltai” (wheat flour) village bread. This very special and sentimentally dear to our hearts... one and only village we came from... Village that helped us mature when we were kids, that gave us the latest news, shared our happiness and sorrows... Or maybe it´s our grandparent´s village where we went for summer holidays; an experience we might need in our super-scheduled rushing city life. A village can’t thrive on only one-sided opinions. From “our village” and it surroundings we get this great share of values, beliefs, traditions and etiquette that help us navigate through difficulties in life and to celebrate success. We rely on it, we support it, we take and we give back. A big hearty bread, like one sold and shared in a village; it should be! 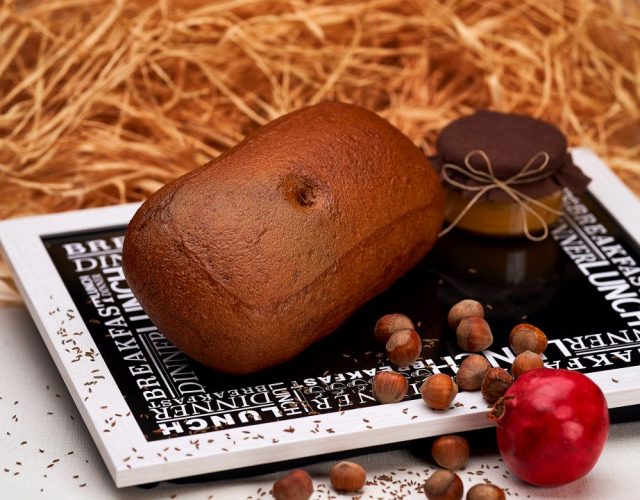 Based on a “Grandma's” recipe from the early centuries, when brave and reckless Lithuanians were roaming around nearby lands – which nowadays belong to Poland, Ukraine and Russia, claiming their own and taking whatever was not tied to the ground, this bread was what welcomed them home after another raid. Slight aftertaste of honey is what makes this bread special.

Thank you! Your application has been received!

Thank you for contacting us.!

We use cookies on our website to give you the most relevant experience by remembering your preferences and repeat visits. By clicking “Accept All”, you consent to the use of ALL the cookies. However, you may visit "Cookie Settings" to provide a controlled consent.
Cookie SettingsAccept All
Manage consent

This website uses cookies to improve your experience while you navigate through the website. Out of these, the cookies that are categorized as necessary are stored on your browser as they are essential for the working of basic functionalities of the website. We also use third-party cookies that help us analyze and understand how you use this website. These cookies will be stored in your browser only with your consent. You also have the option to opt-out of these cookies. But opting out of some of these cookies may affect your browsing experience.
Necessary Always Enabled
Necessary cookies are absolutely essential for the website to function properly. These cookies ensure basic functionalities and security features of the website, anonymously.
Functional
Functional cookies help to perform certain functionalities like sharing the content of the website on social media platforms, collect feedbacks, and other third-party features.
Performance
Performance cookies are used to understand and analyze the key performance indexes of the website which helps in delivering a better user experience for the visitors.
Analytics
Analytical cookies are used to understand how visitors interact with the website. These cookies help provide information on metrics the number of visitors, bounce rate, traffic source, etc.
Advertisement
Advertisement cookies are used to provide visitors with relevant ads and marketing campaigns. These cookies track visitors across websites and collect information to provide customized ads.
Others
Other uncategorized cookies are those that are being analyzed and have not been classified into a category as yet.
SAVE & ACCEPT